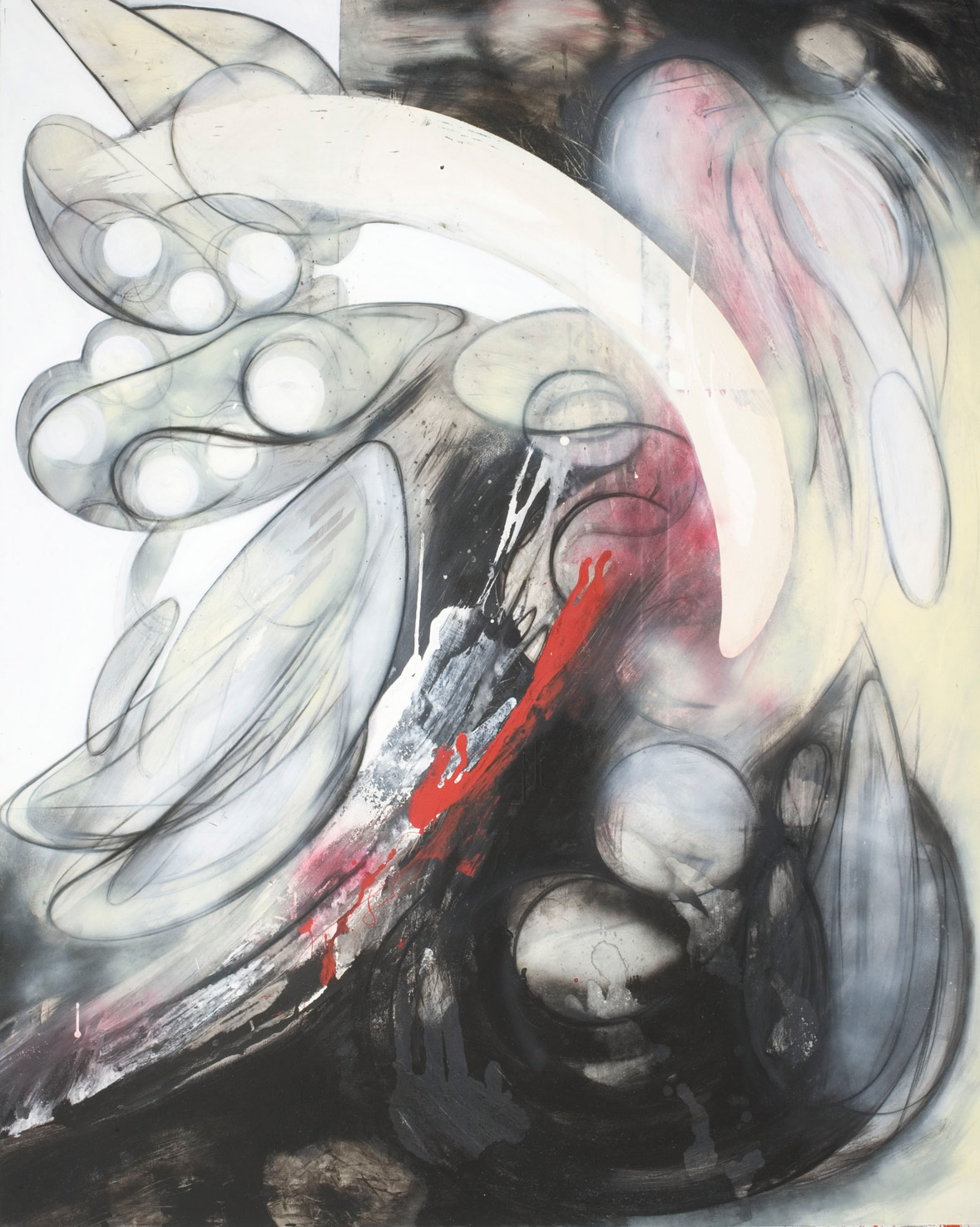 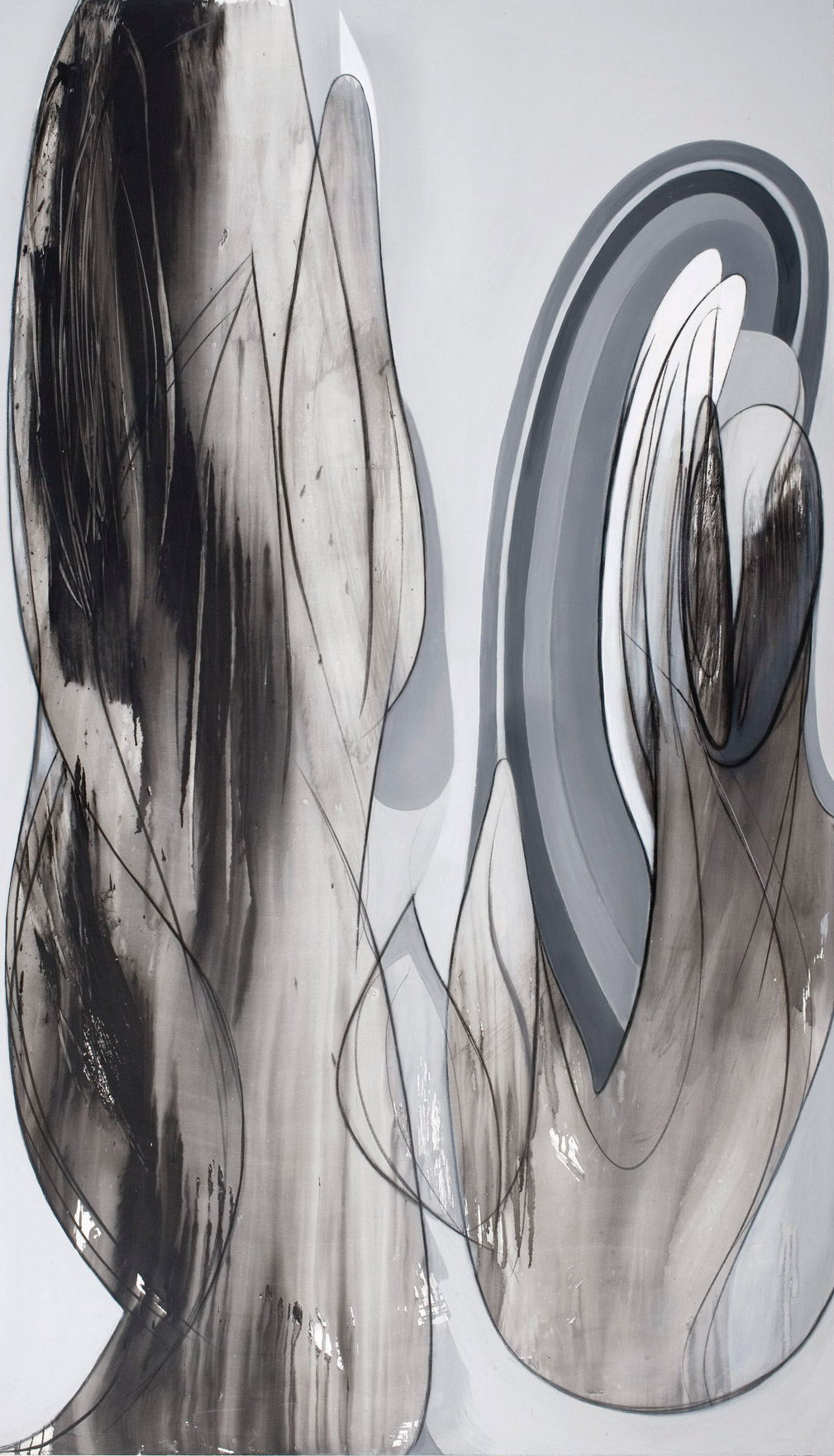 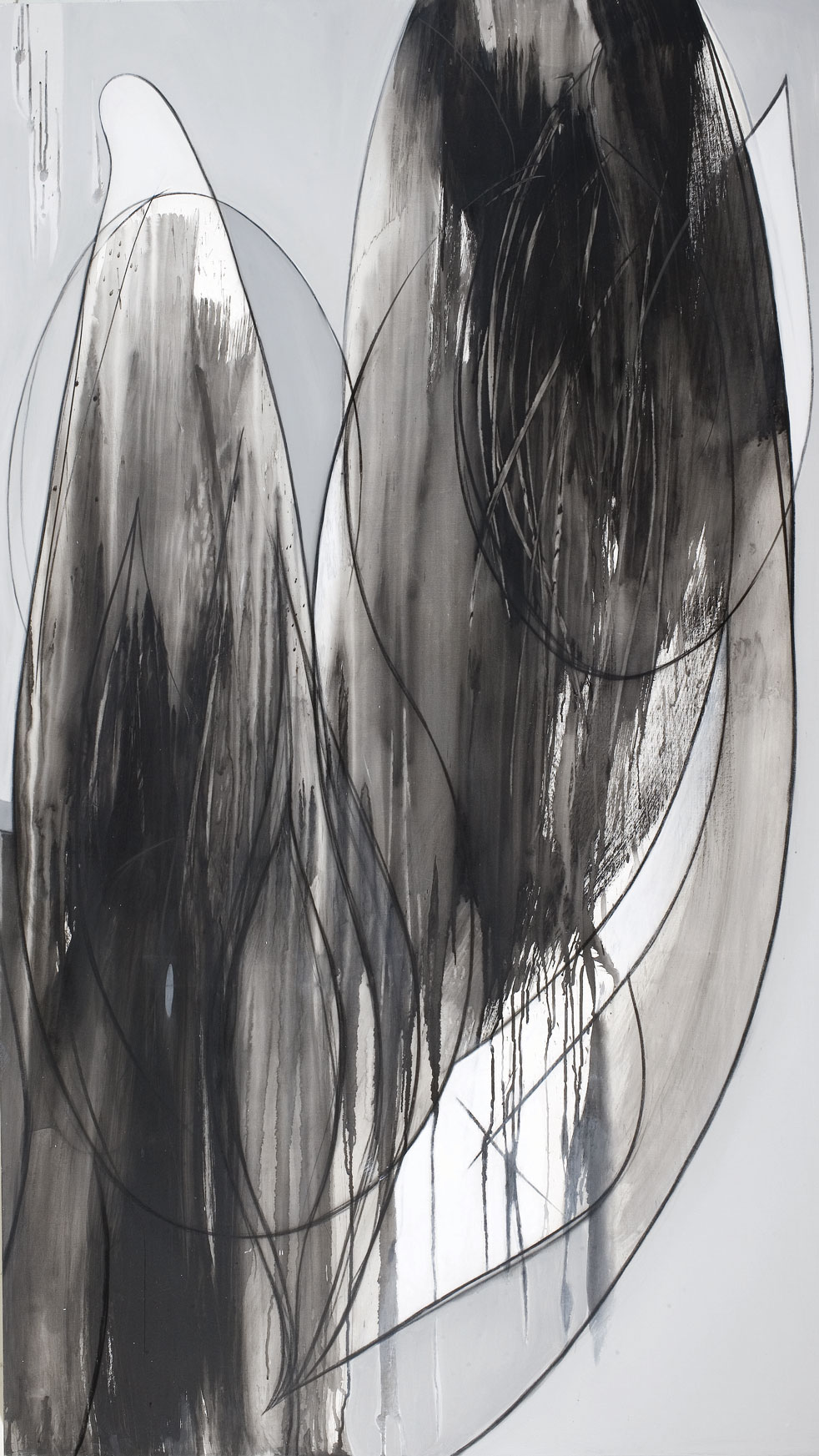 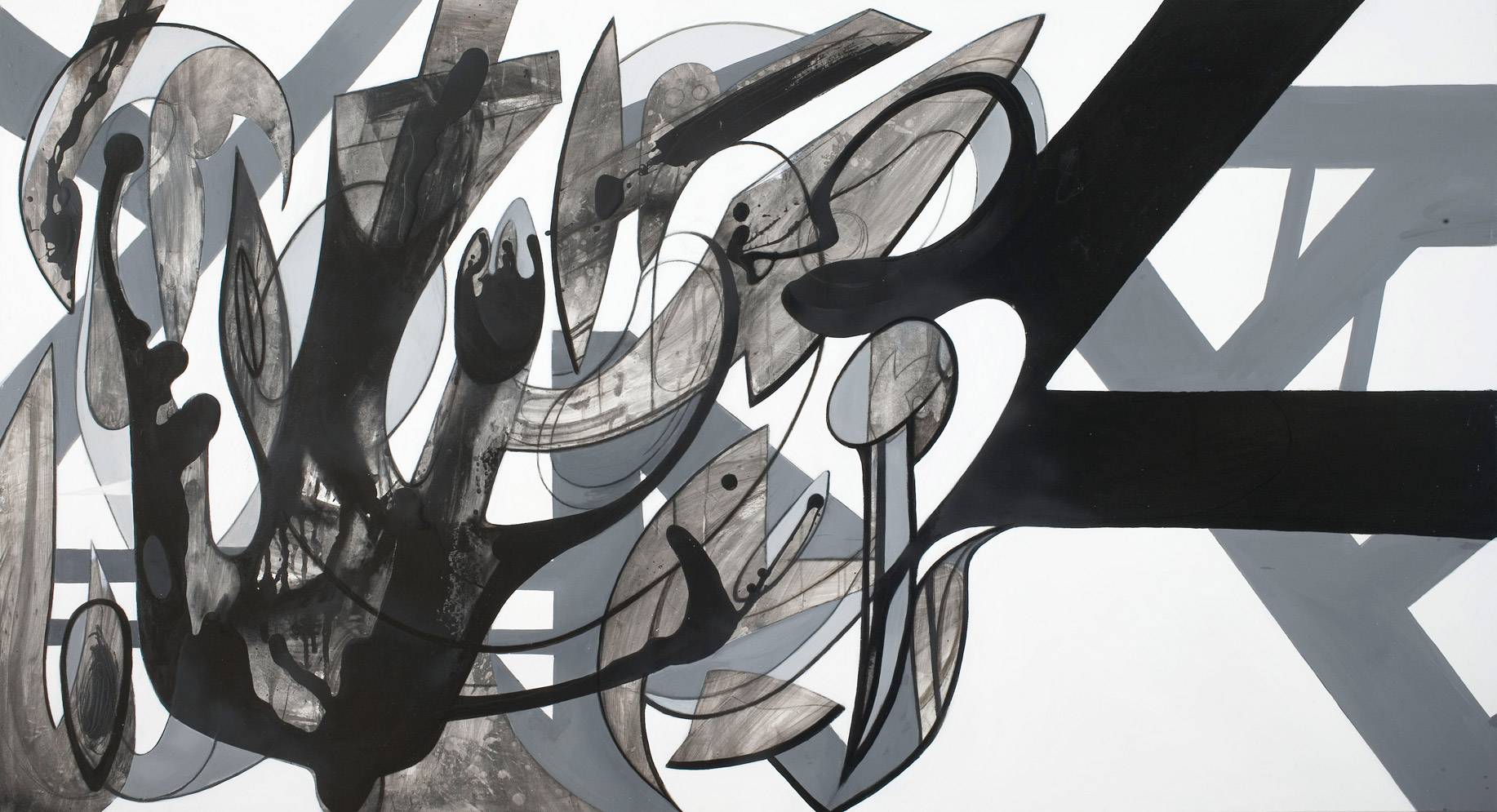 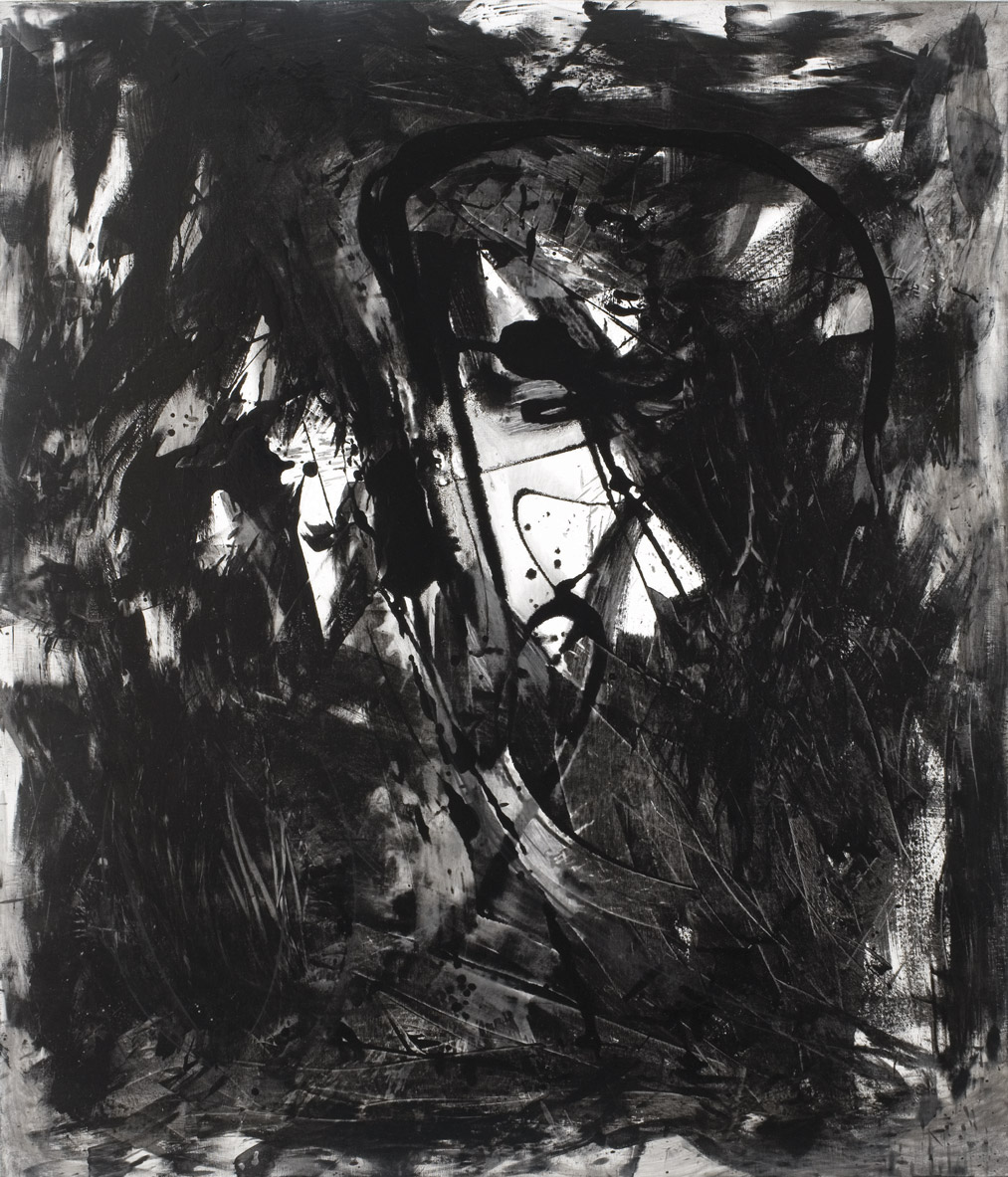 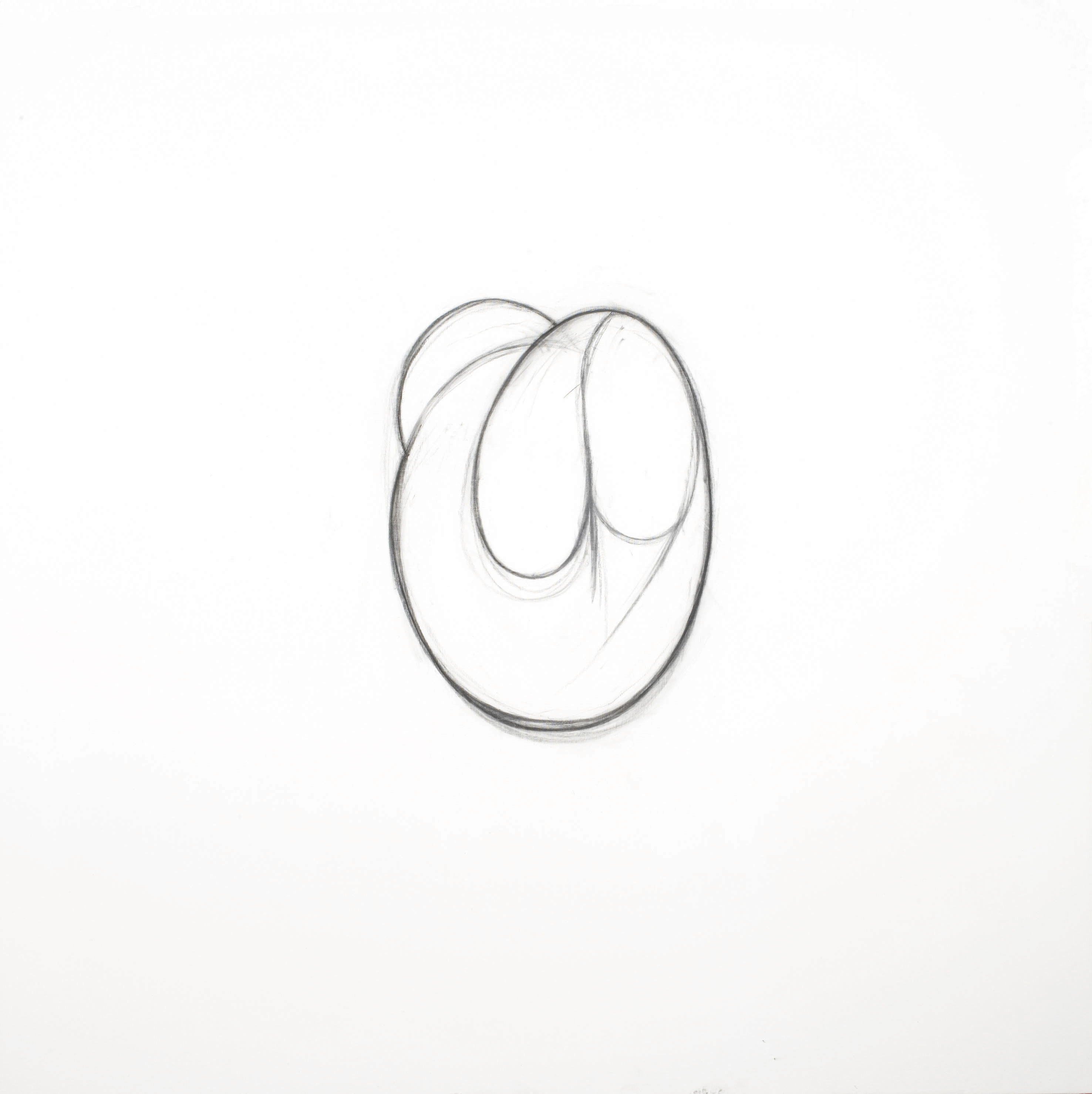 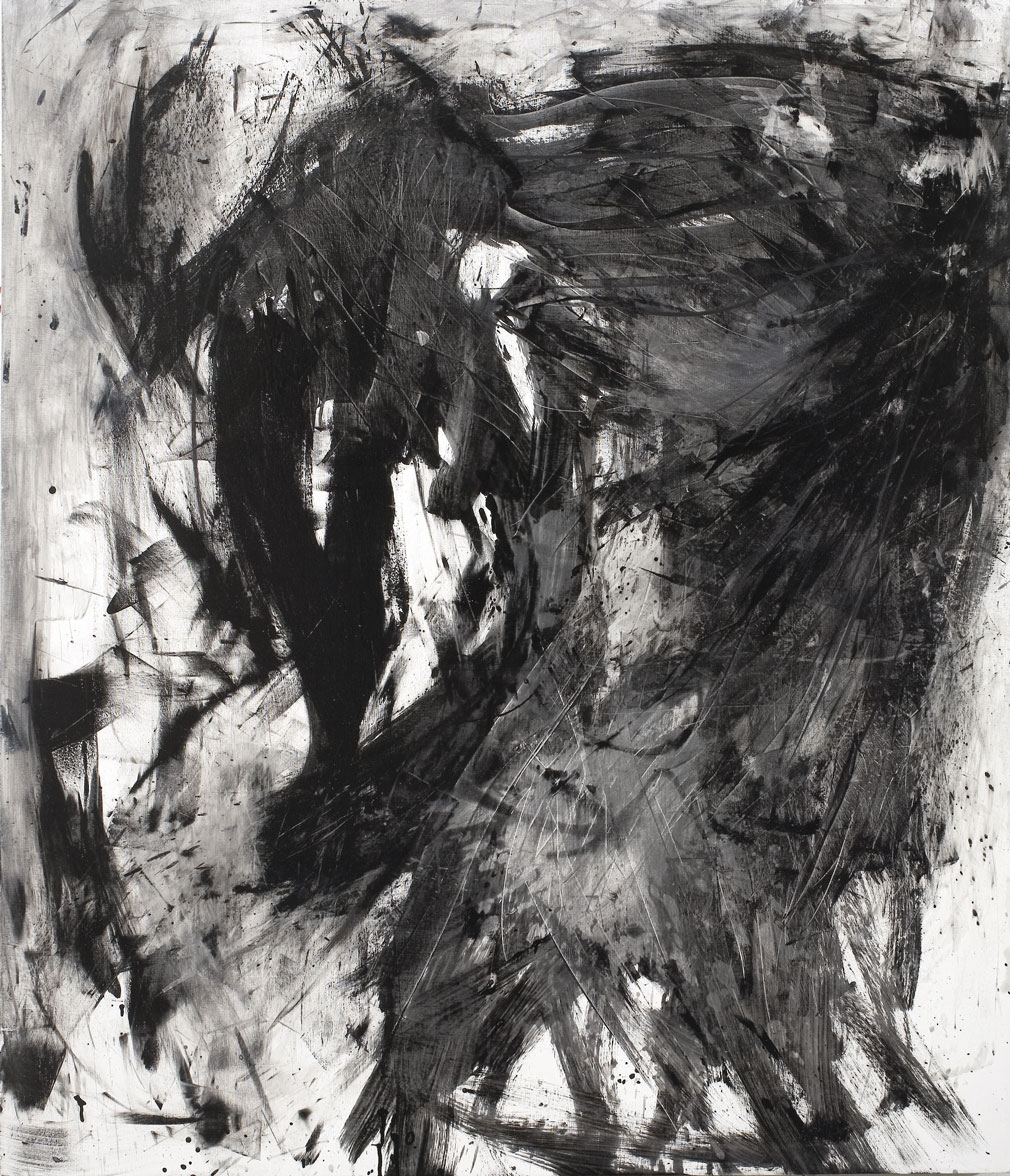 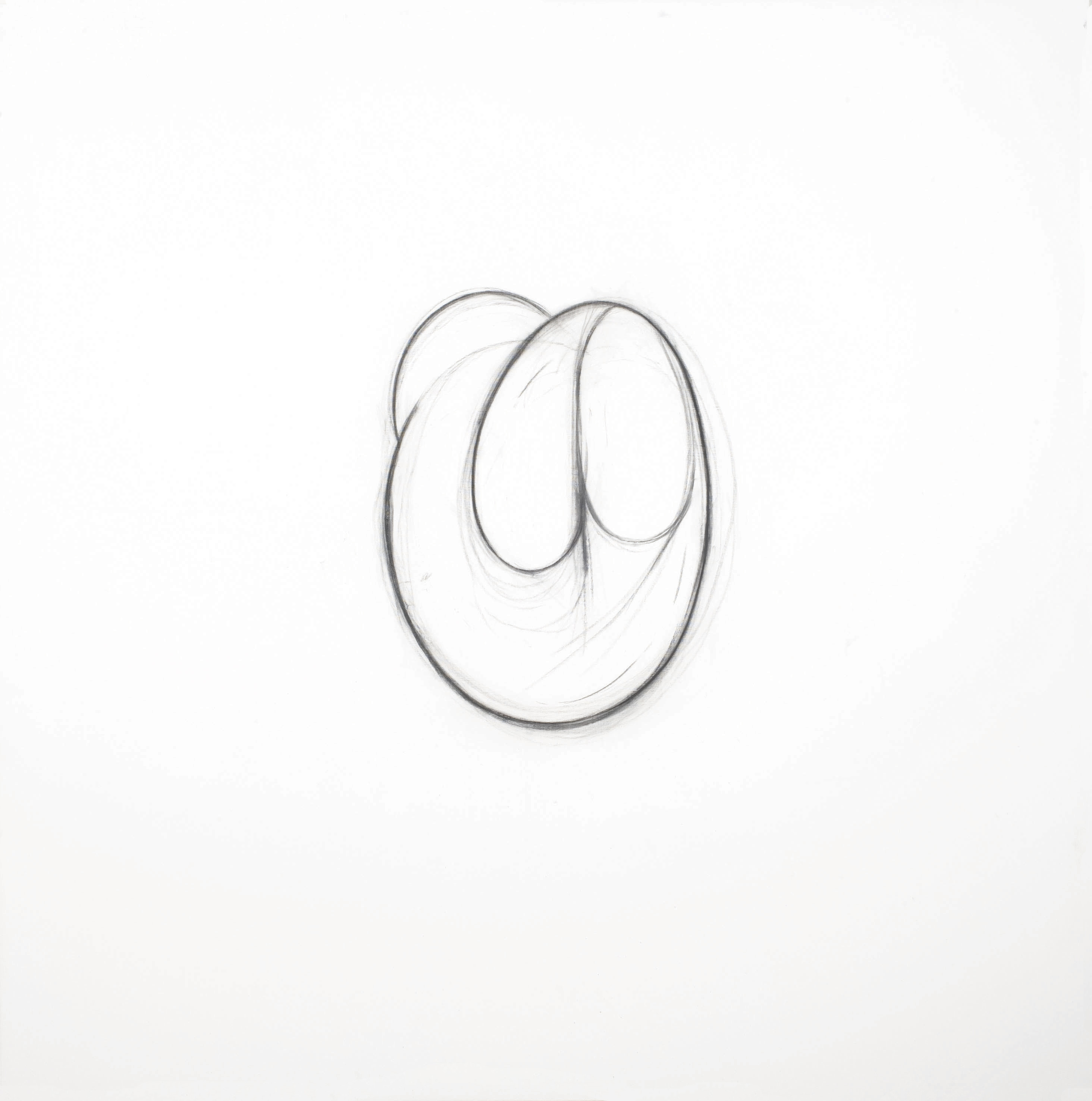 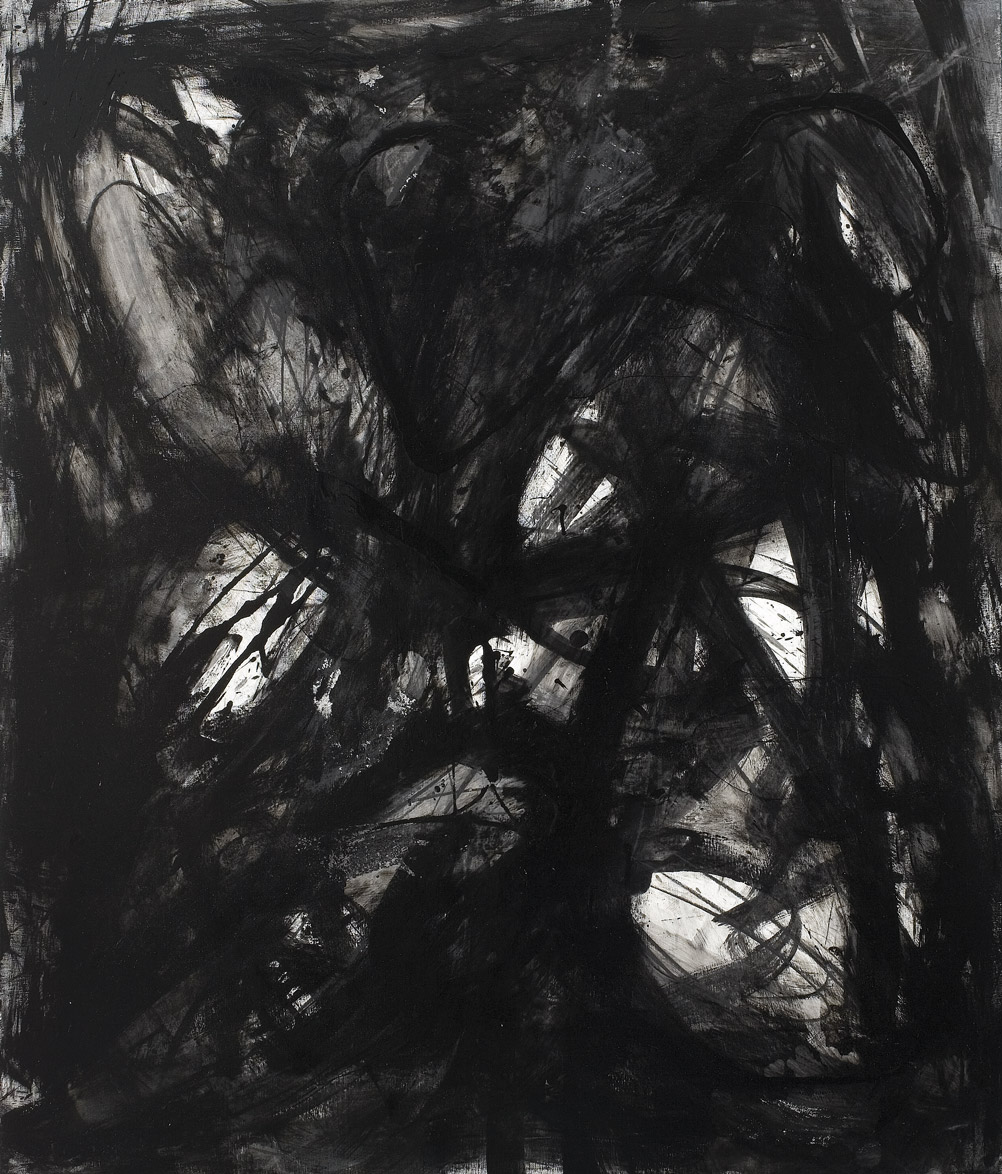 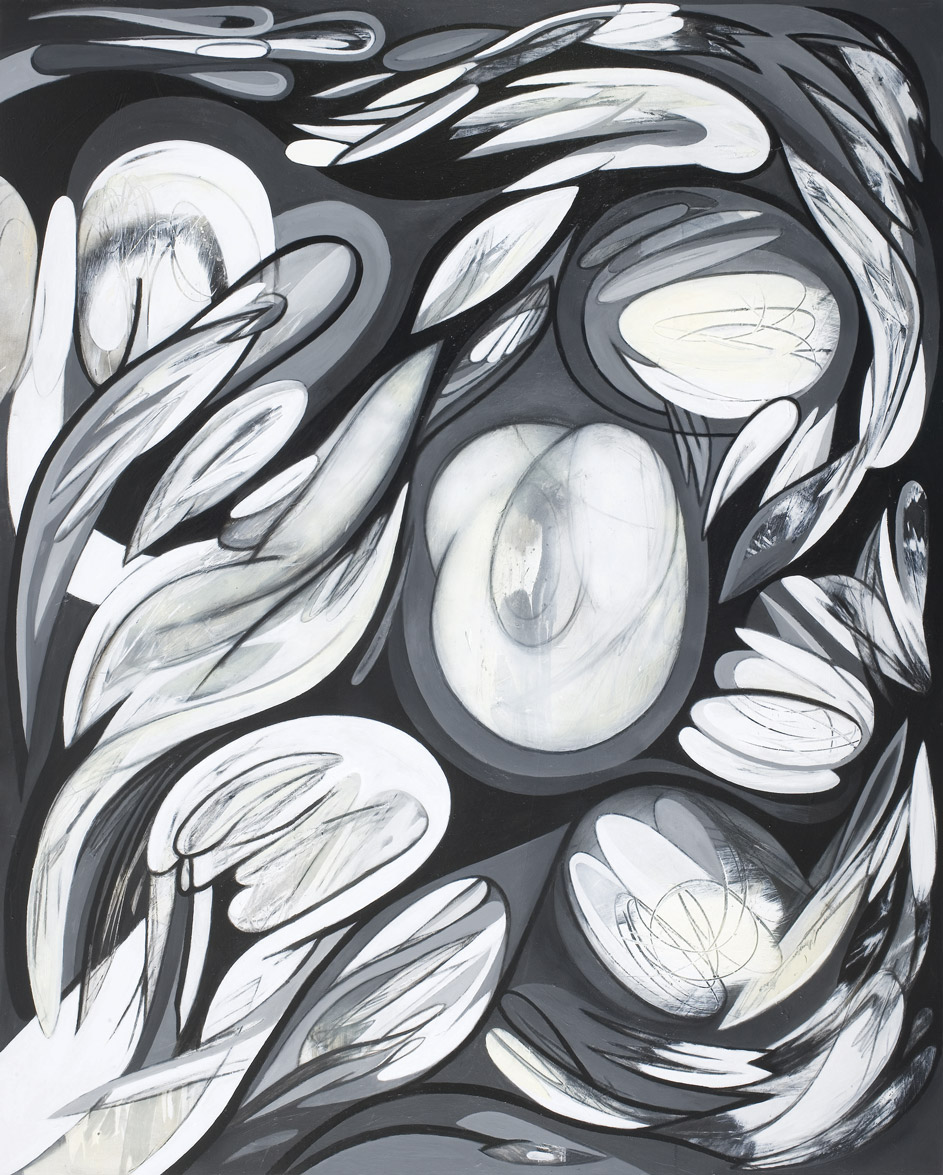 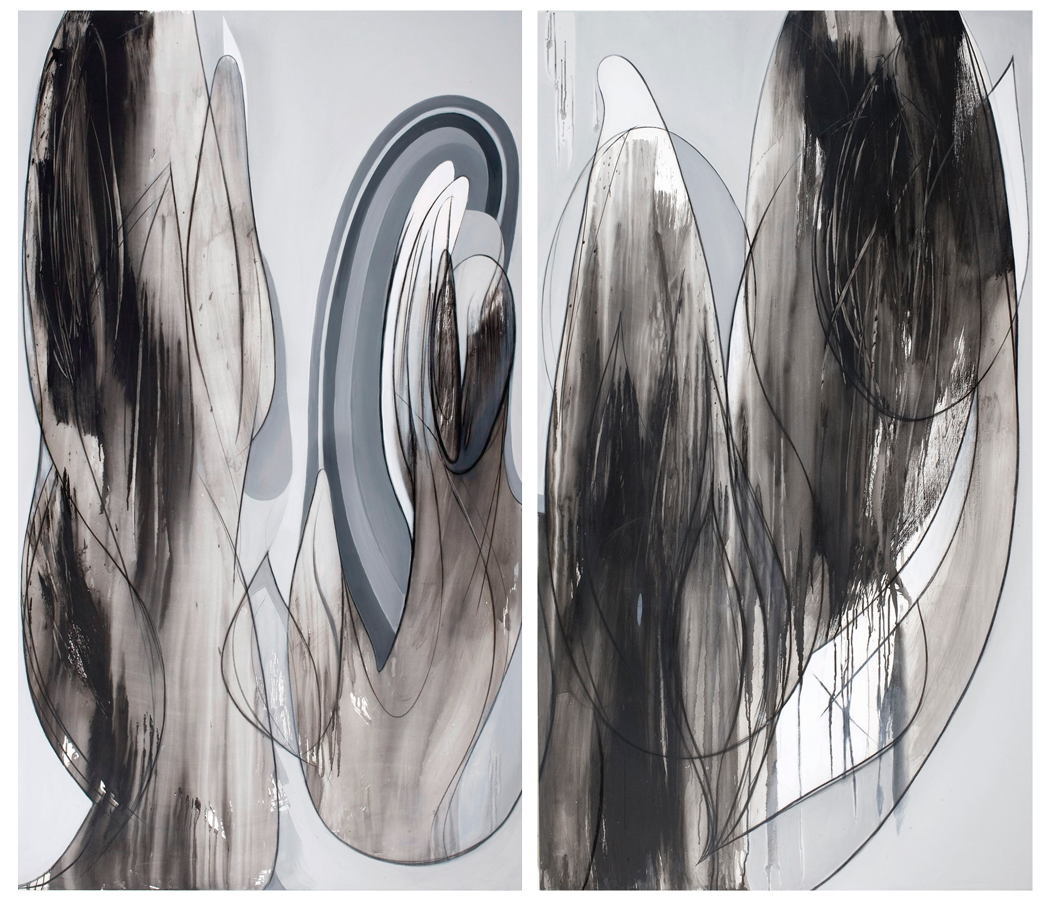 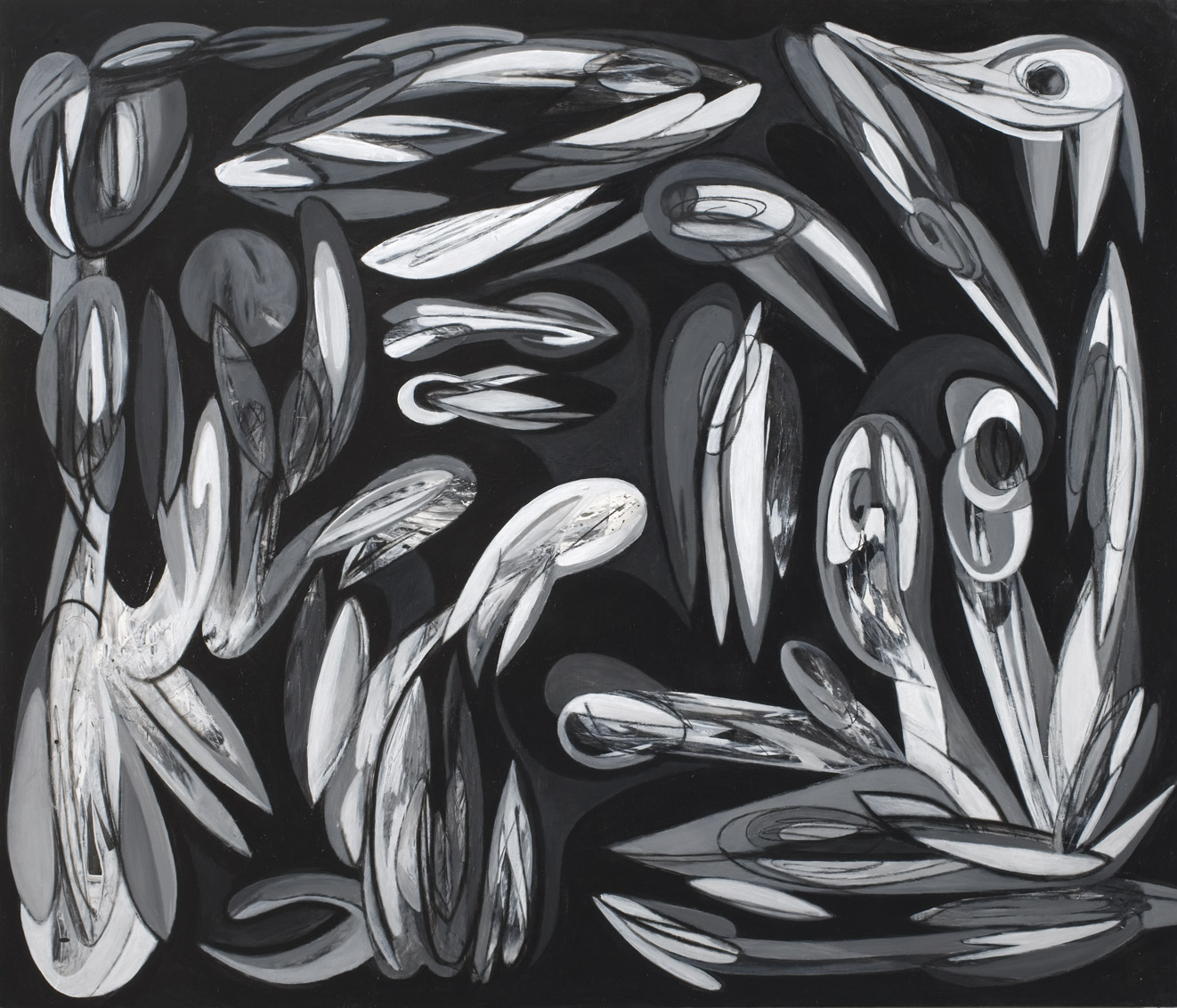 From the other side of the garden
Enamel, acrylic and charcoal on canvas
47 x 55 in
2008 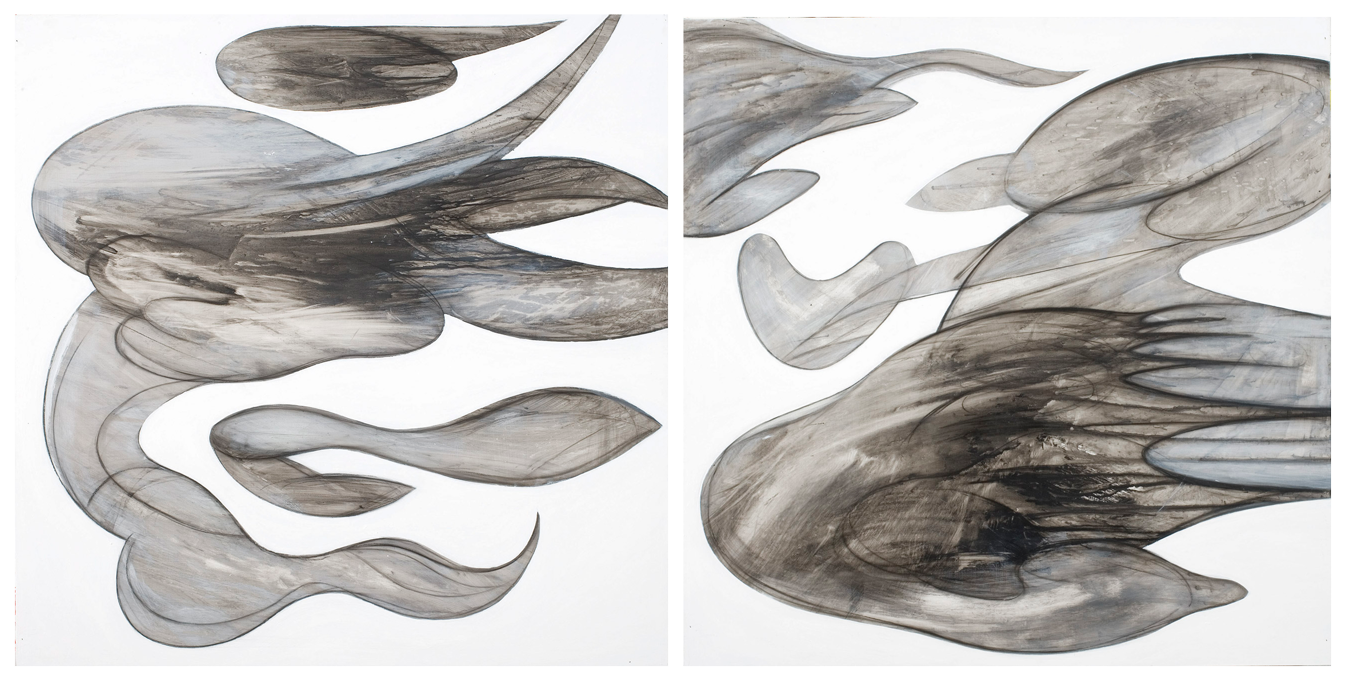 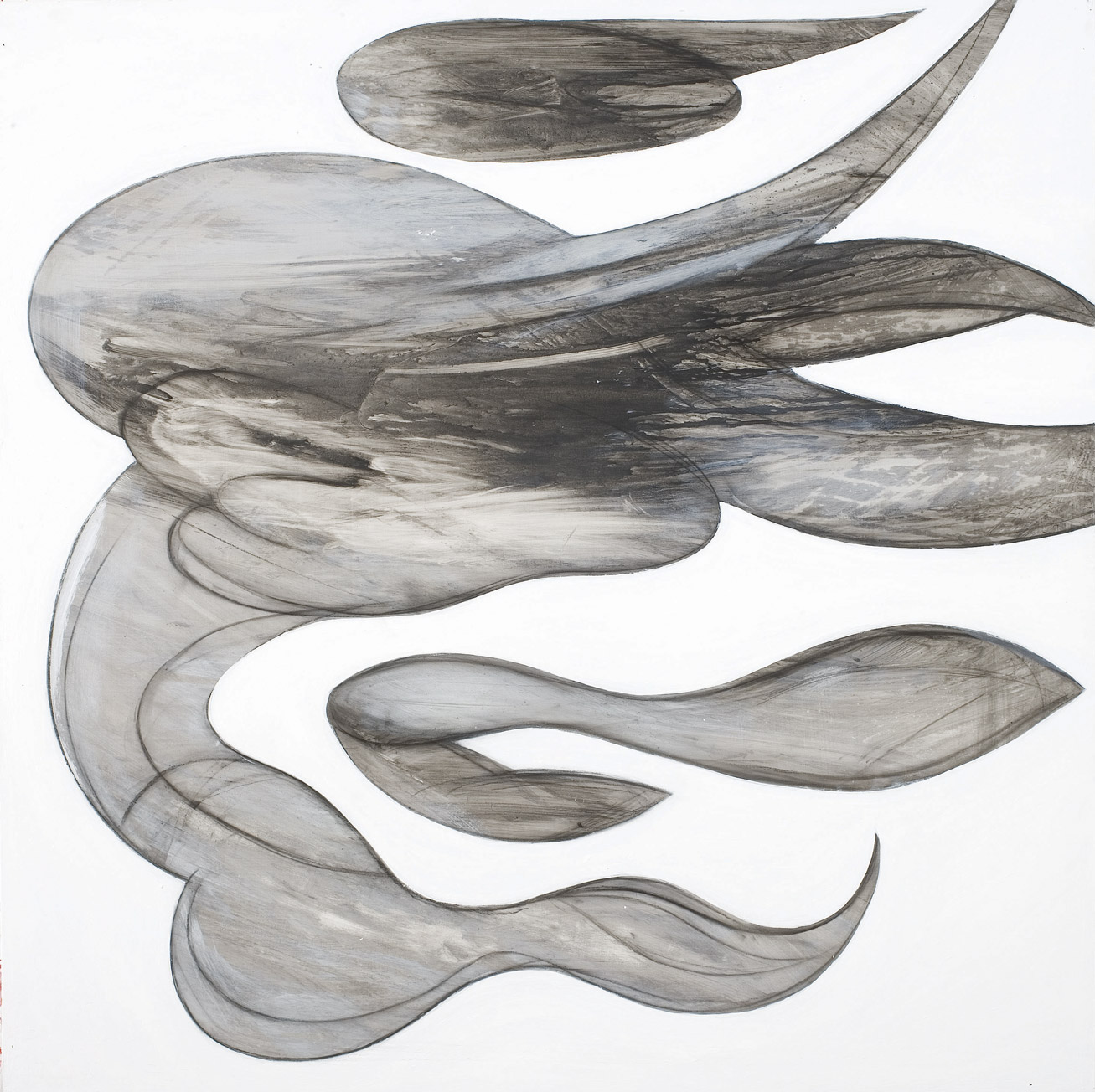 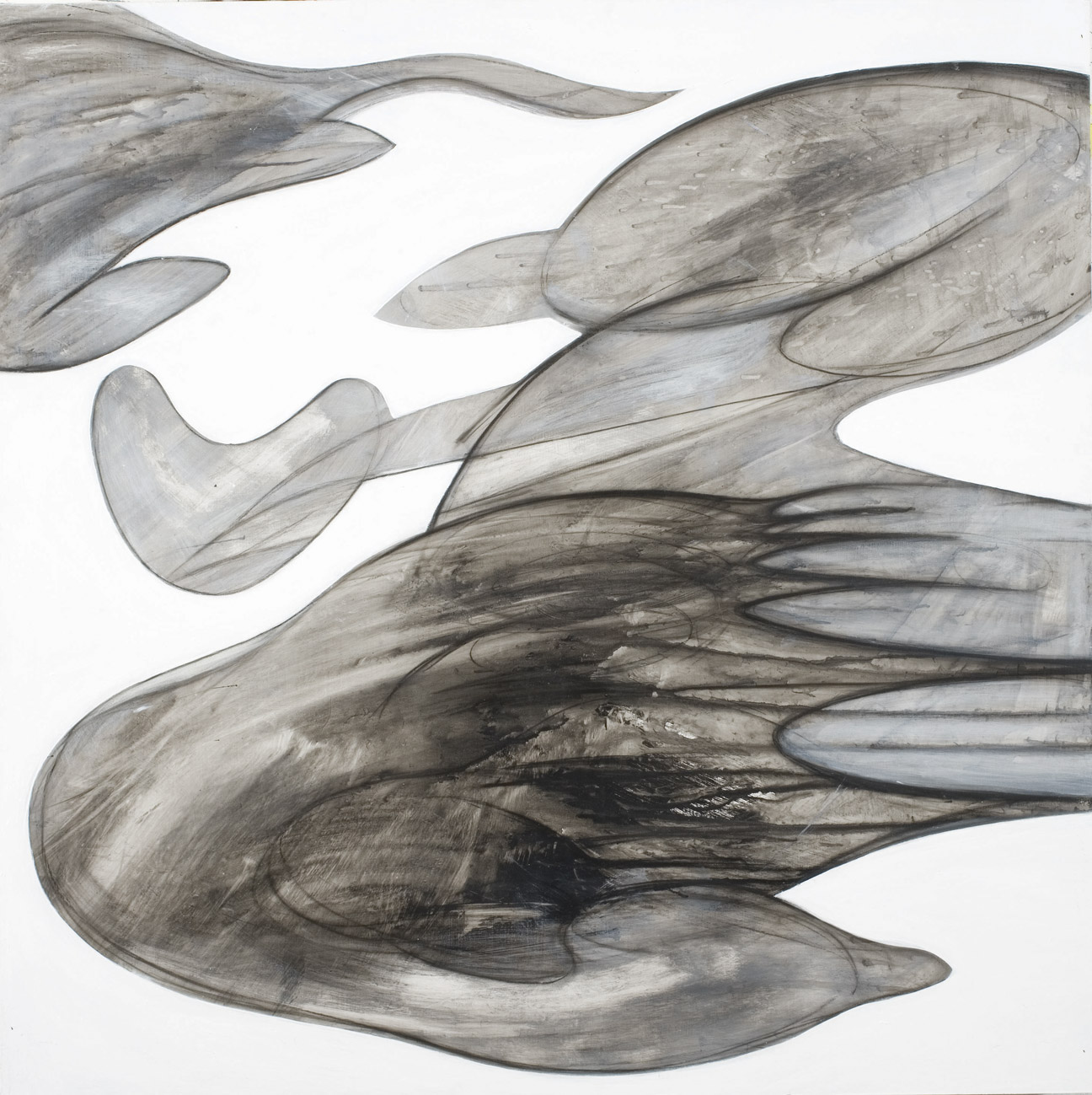 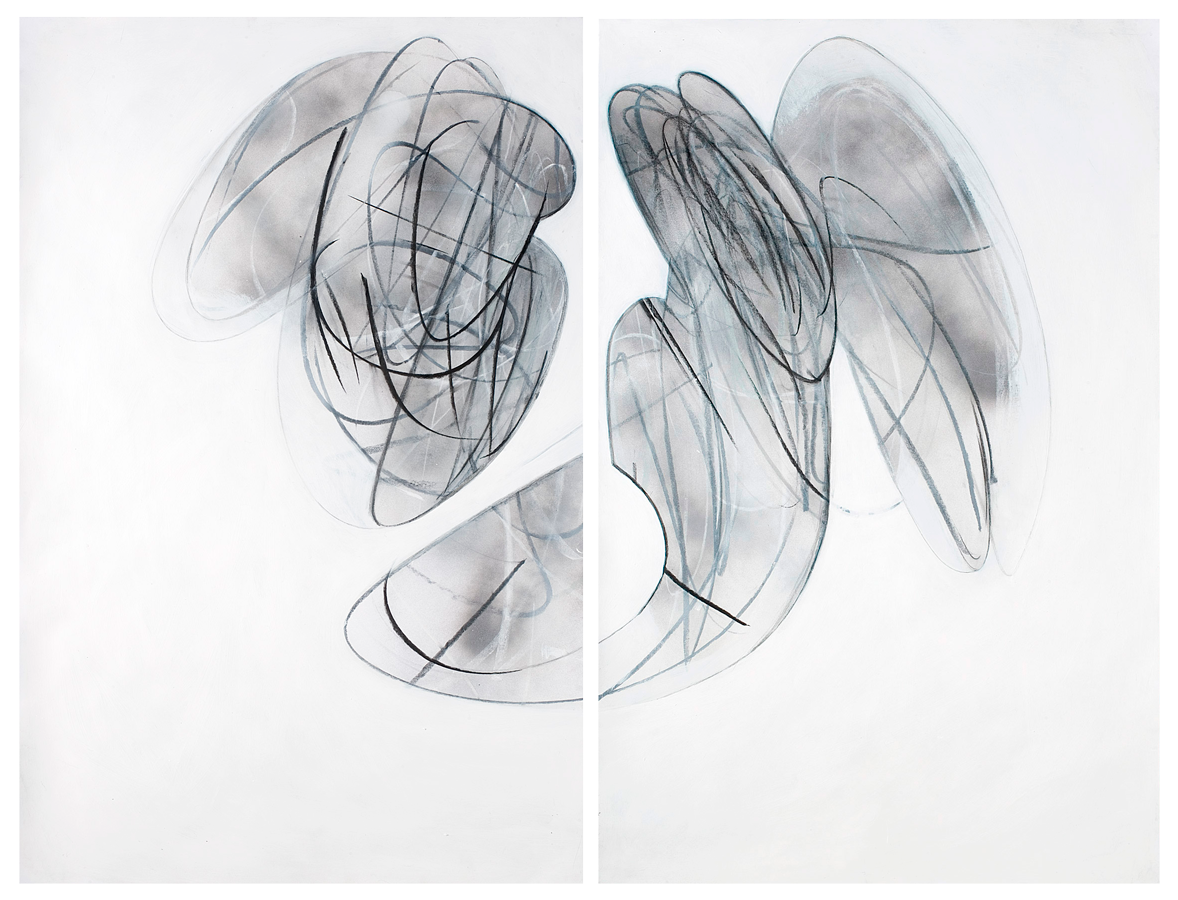 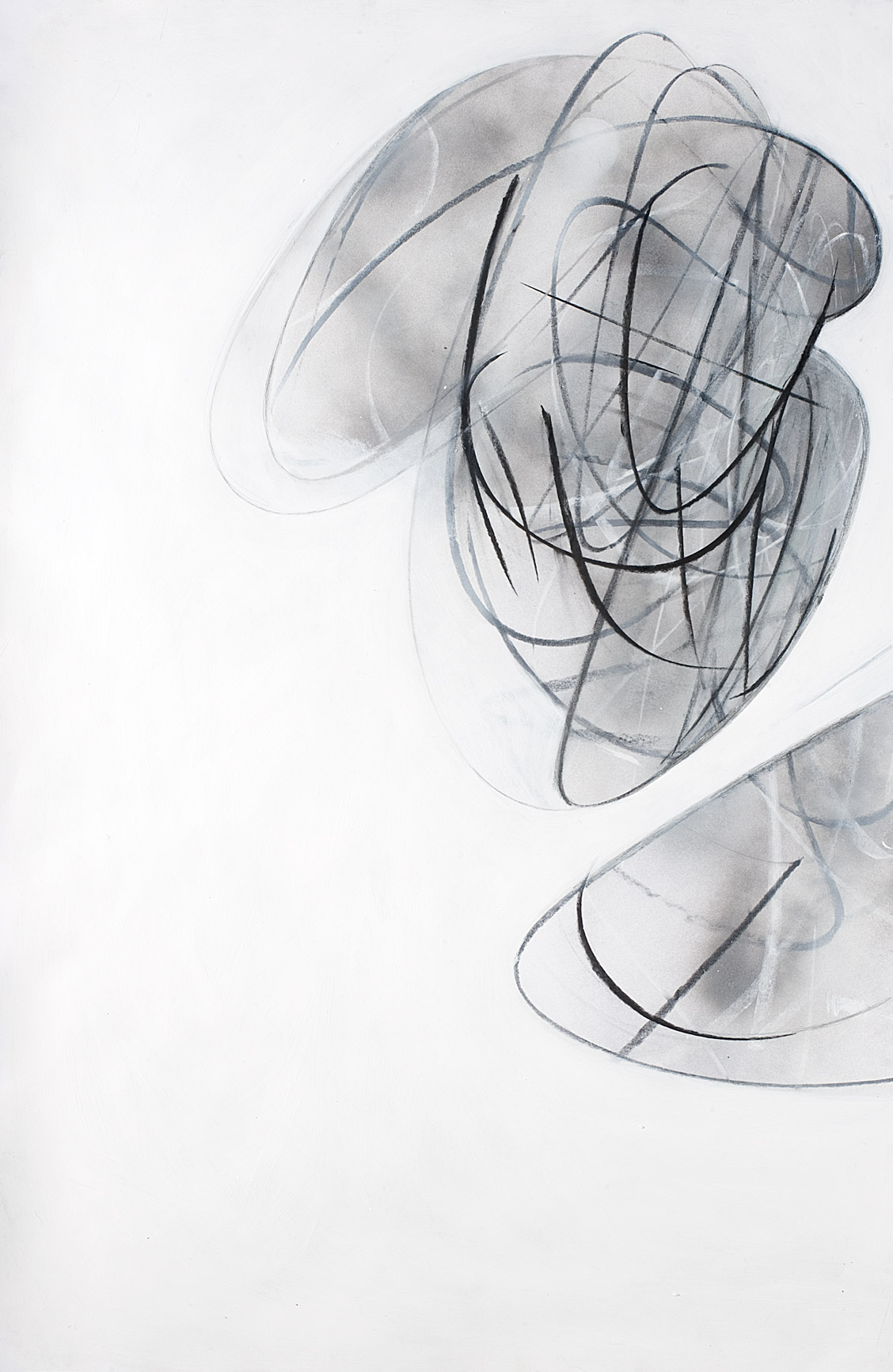 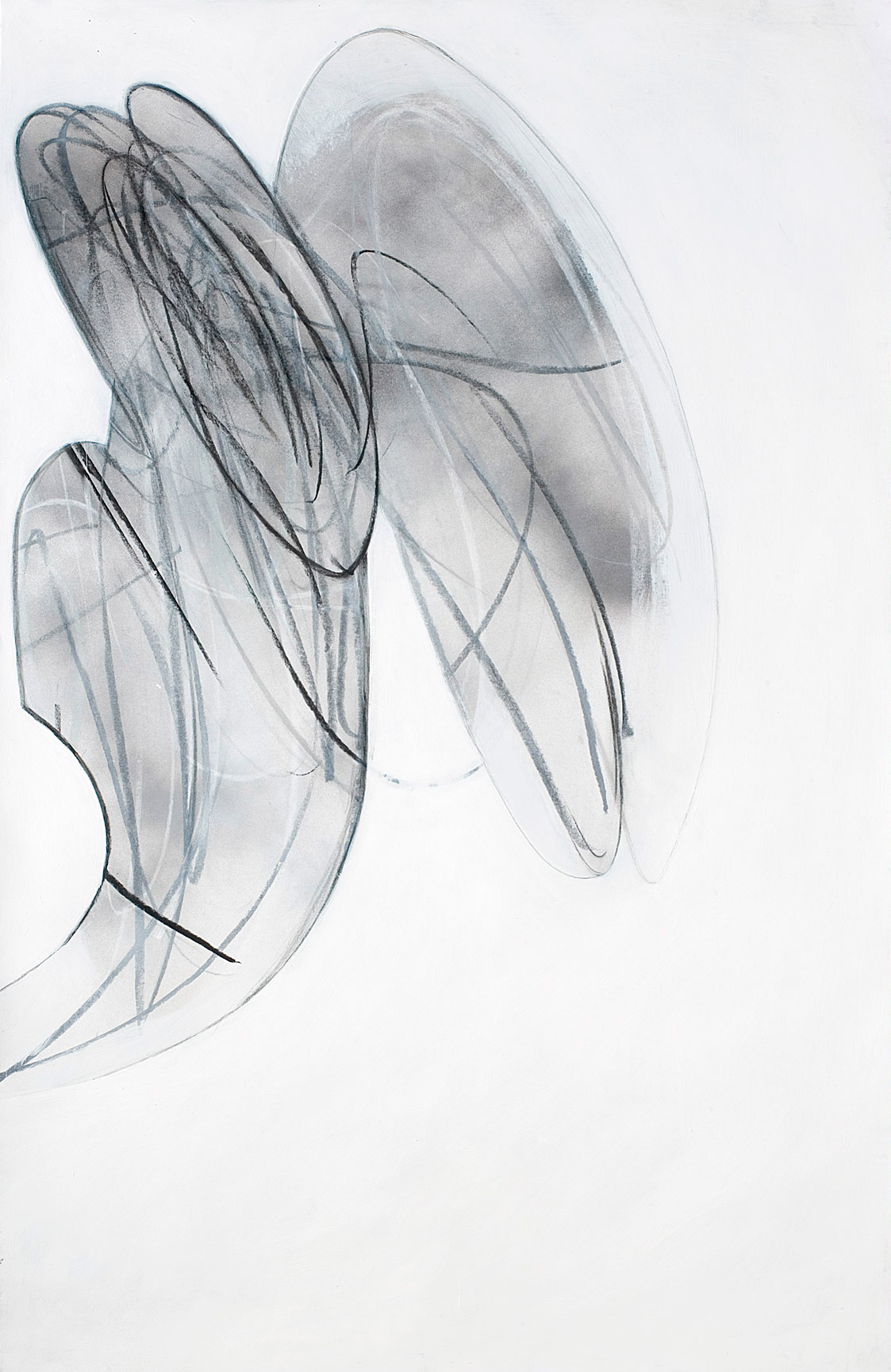 The group of work (single, diptych and polyptych paintings) the artist presents in this exhibition appears to be organized in a format very common in contemporary art practices: visual seasons. This concept of seasons, which ends up being a museum practice and is also a current discursive practice of viewer reception, was in the case of María José Romero an essential rule of the work’s production process. The story behind Craxis, as revealed by the artist in a conversation, began with an accident she had (a fall that caused some lingering problems). Apart from the references to that event which are displayed and hidden in the imagery of the paintings, the event surely inspired a number of other creative motives in the sensibility of the artist. The collection of ten pieces here presented, including a high-energy picture painted on the floor of María José’s workshop, is more than the result of a traumatic event because it transmits, from my point of view, a sequence of work that, to start with, transforms by means of subtle but profound self-criticism what the artist had made in the period between the exhibition Vital Force (Fuerza Vital, at Arte Quimera Proyectos in 2003) and Urantia (at O Galería in 2006).

At the risk of sounding trite, let’s just say that it is undeniable that the contribution of Craxis to the medium of art interested in exhibitions, compared to the contributions of the previous groups of paintings, is of a more accomplished level. This time María José has created a stage in which the parts and the development of the full series include the use of resources and greater visual synthesis, as can be seen in the more refined aerodynamics of the formal plots, in the combinatorial biomorphic passages with the fragments of industrial aesthetics and in the extreme use of the role of monochrome.

On the other hand, the artist has maintained a striking component of continuity in relation to her earlier work. The titles she gives to the paintings, now as always, allude to realities of experience in the world and the body linked to abstract or conceptual notions. Craxis, a composite word that means rupture/coccyx, gives a name to the seminal image of the seasonal painting, and from there, everything is articulated through the titles with the figure of the flower, the beginning of the main axis, the logic of reason in a sequence (ratio), in this case the final polyptych of the session, and among other terms and statements, with the adventure of knowledge and the rite of passage that suggest Dyslexia and The Other Side of the Garden.

Given the succession of autonomous paintings that confronts us, the season could manifest starry assemblages and pieces, something like a main proposition. María José imagines a sentimental mechanism in which the life of the nucleus of a life coexists with the forces represented by geometric structures and finally collides (harmoniously?) with the empire of unorganized and random stuff. The resulting spectacle accompanies the feeling we get from mysterious proximity.