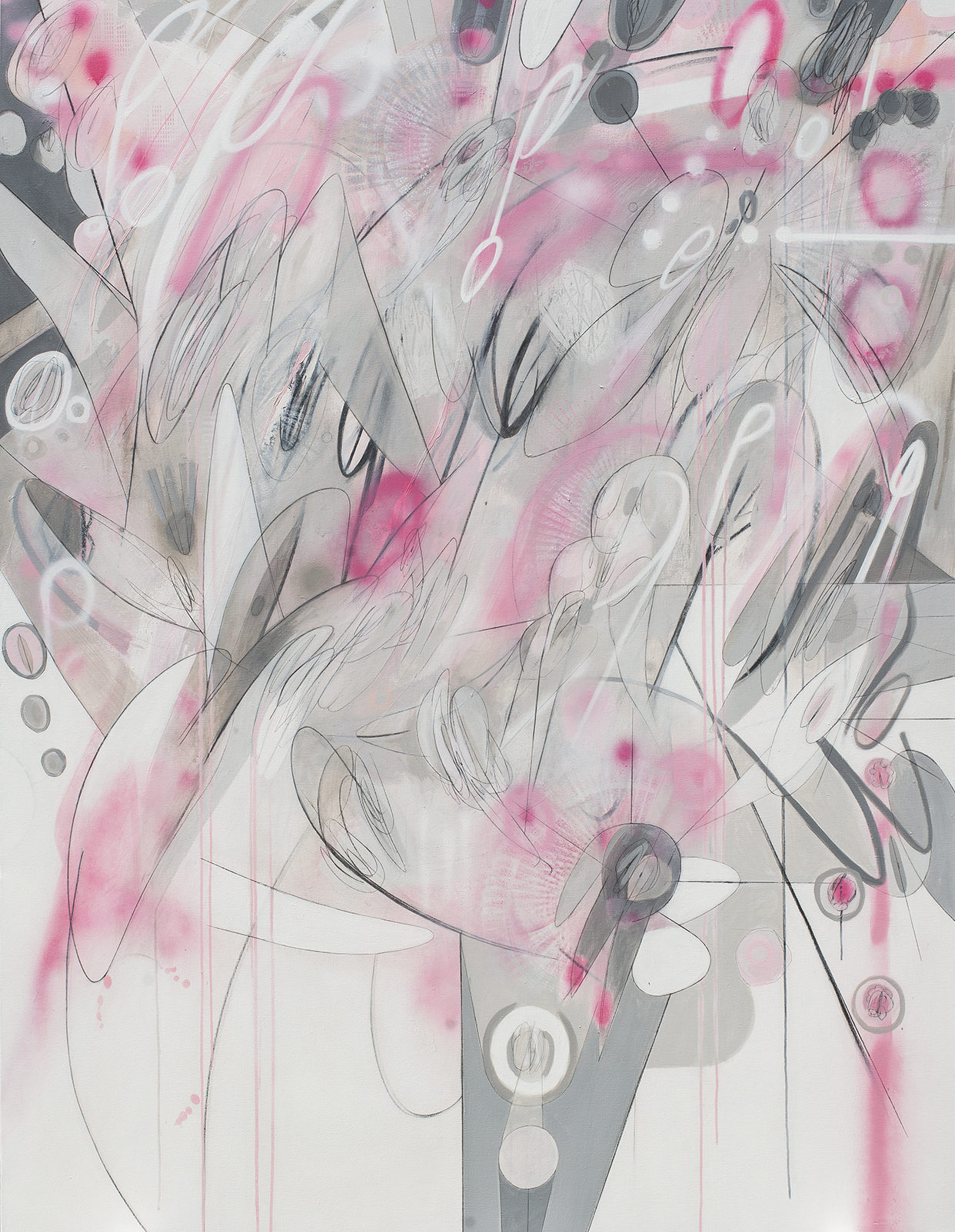 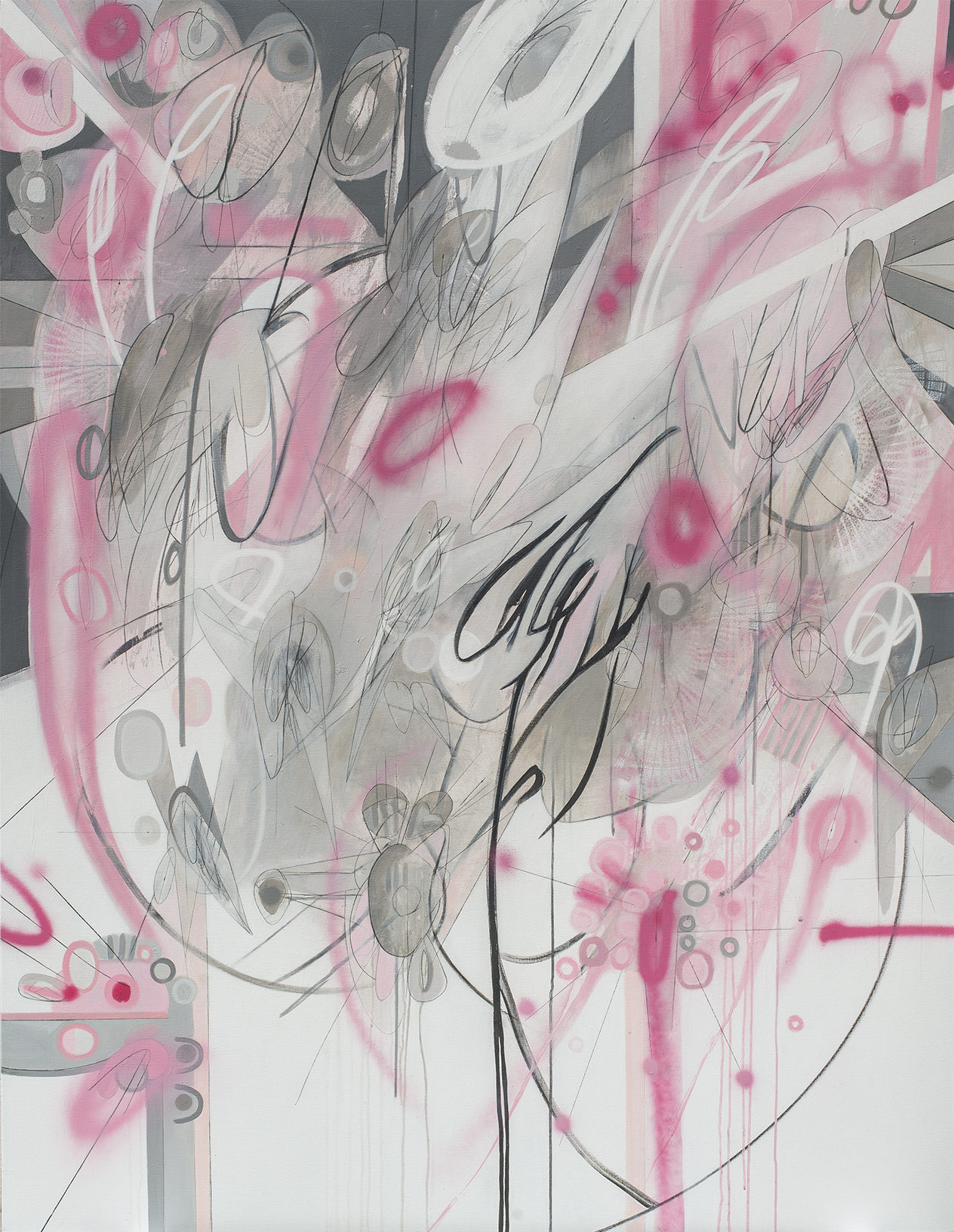 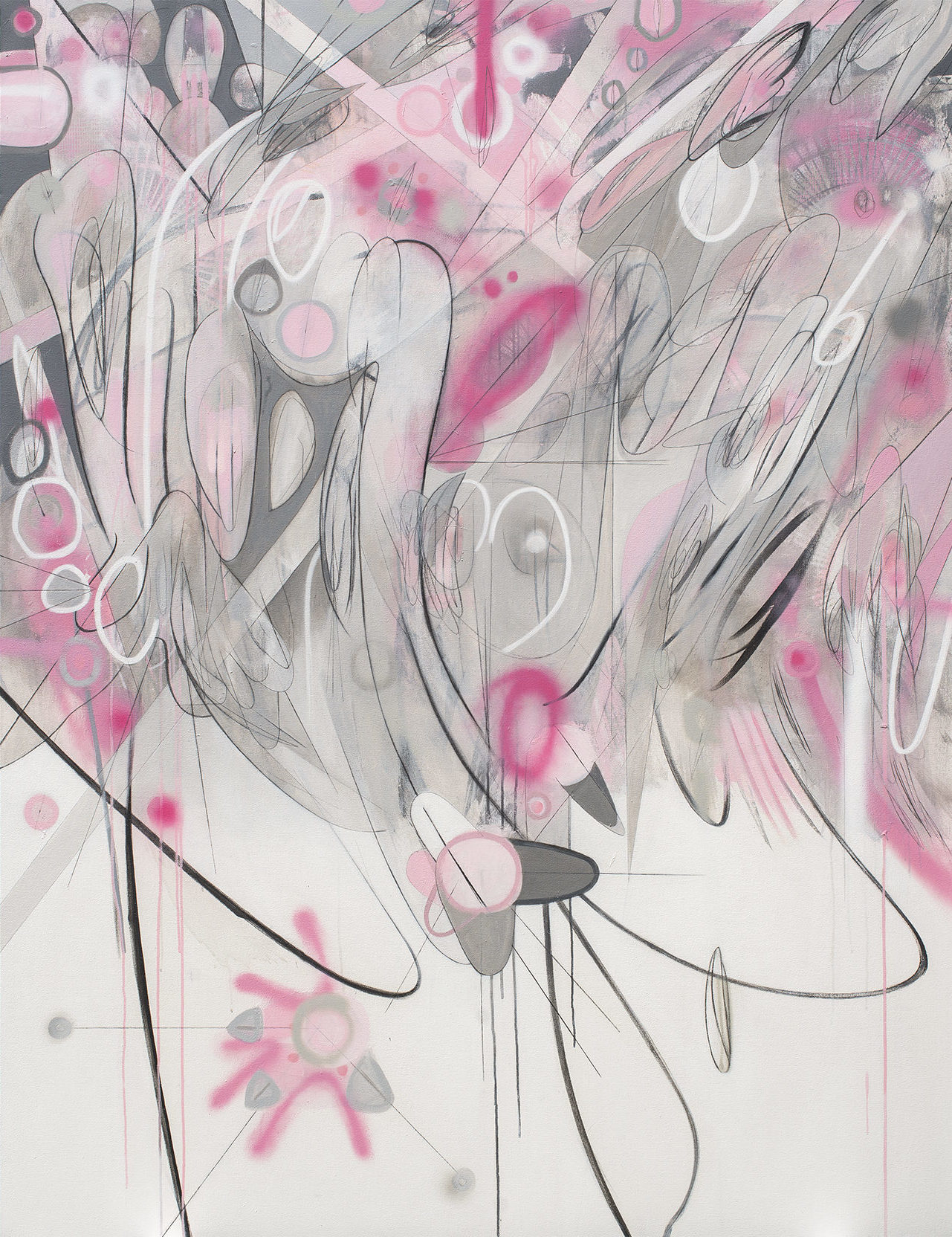 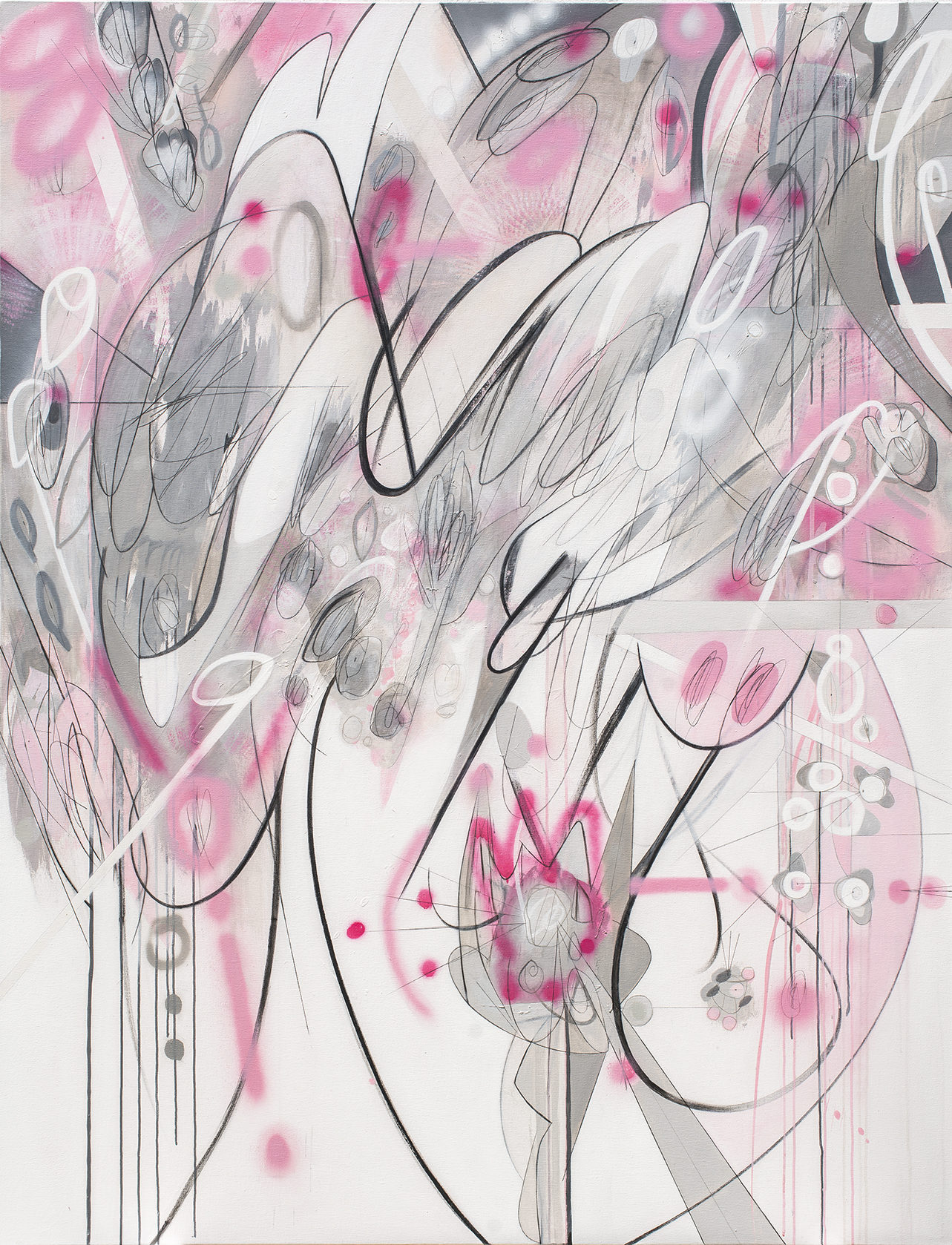 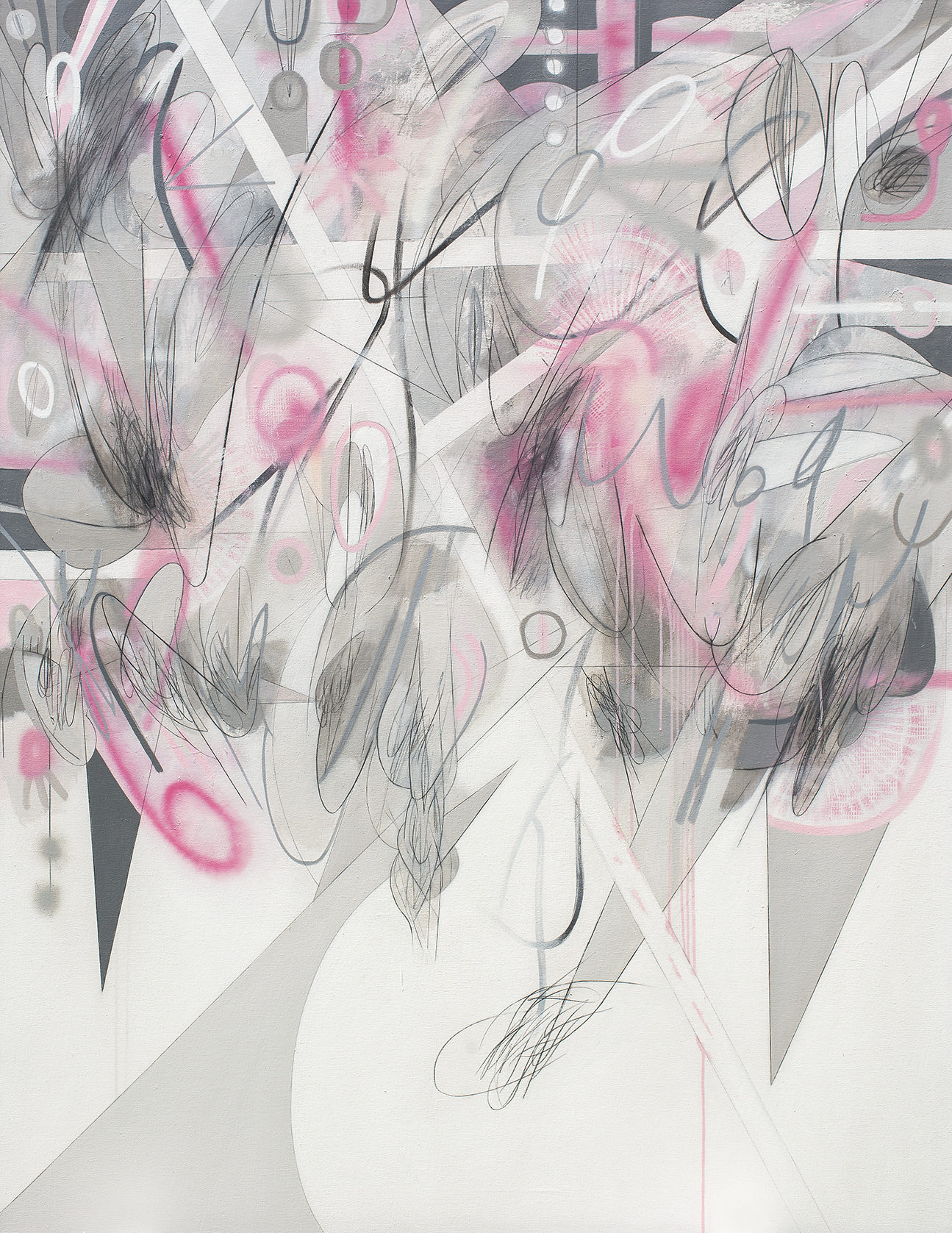 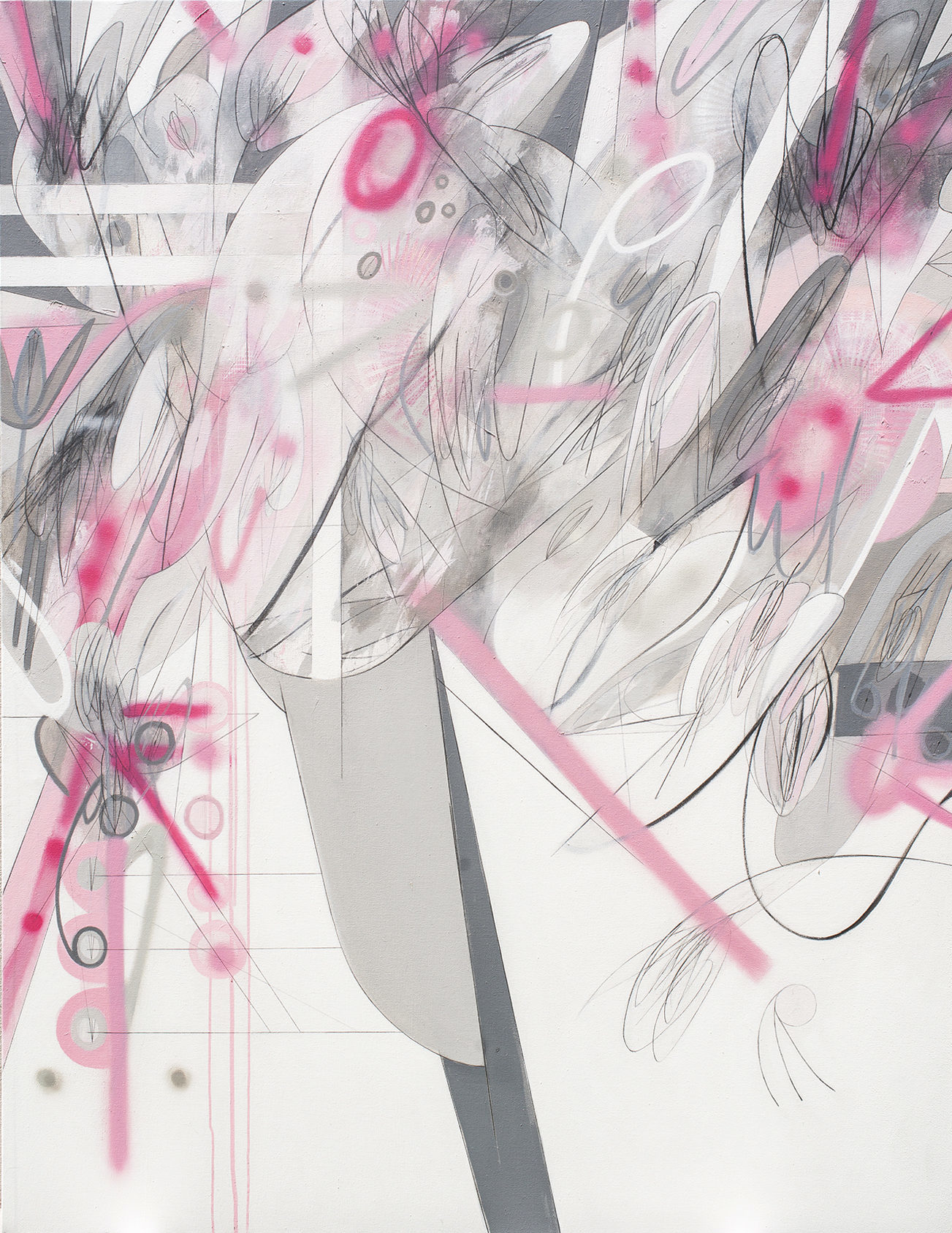 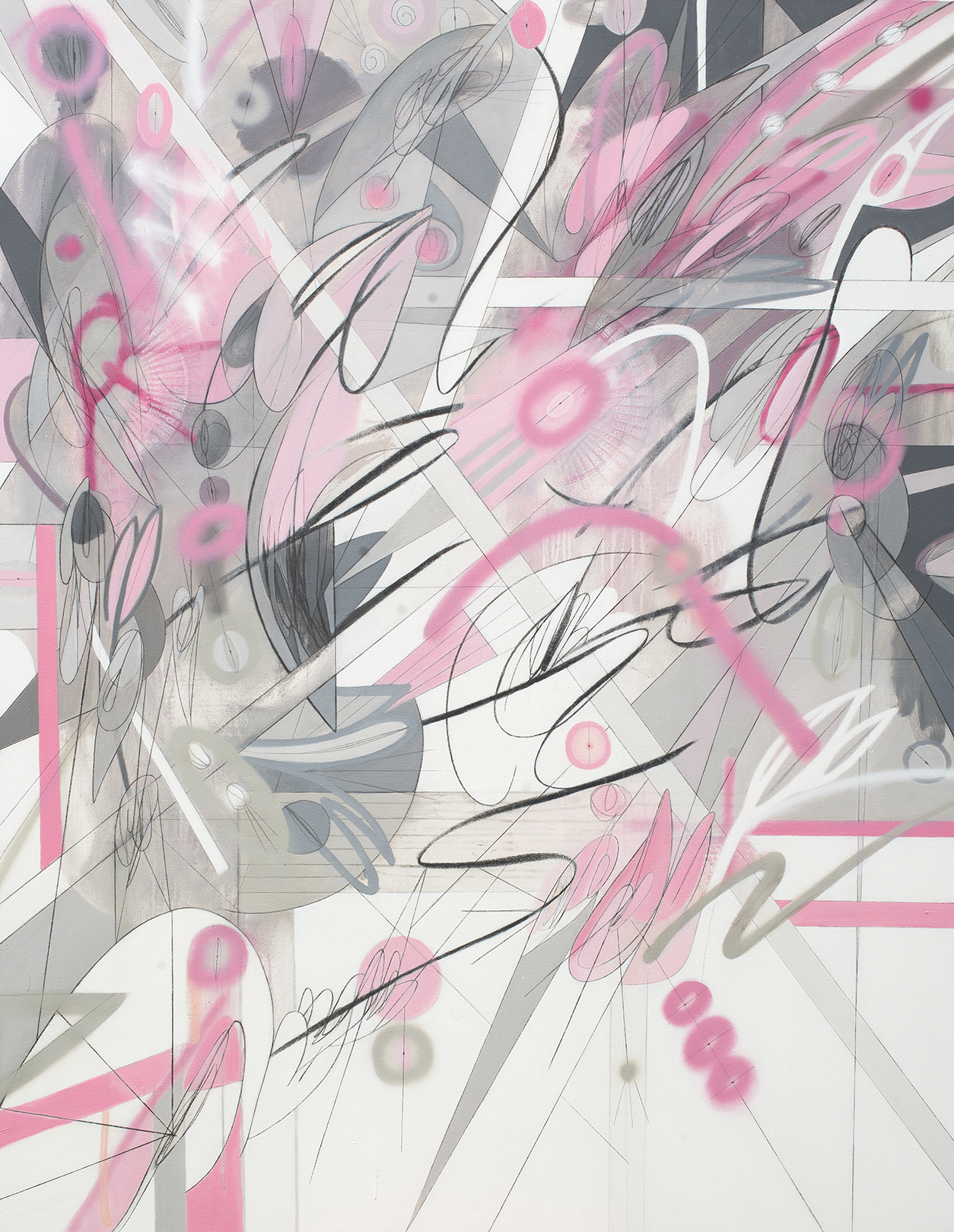 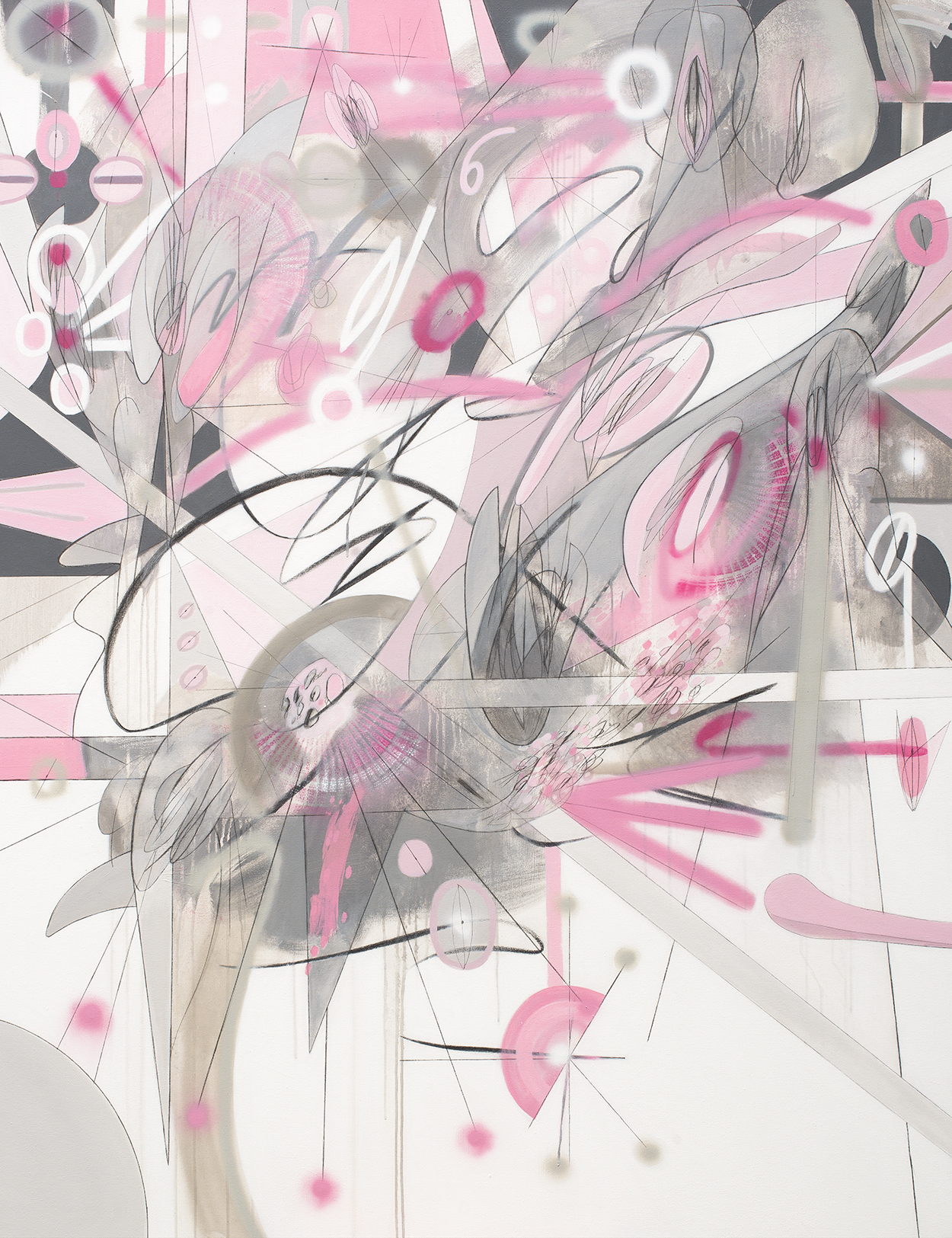 The recent series, Complex Theories, by María José Romero, brings into evidence an artistic process that while it settles down gradually on multiple canvases, is in tune with the unknown. In other words, it puts under siege the rules of codes we thought assimilated while redefining its own parameters. When surpassing recognizable barriers, these paintings favor impulses in form of pictorial gestures that provoke chaotic and interconnected trajectories, or well, that precisely compose a series of complex theories.

This exhibition, the first of two parts, announces an apparent lack of recognizable forms and themes; in it we read, resistance and transience. The paintings by Romero here presented, are tornadoes of ideas and contain similar elements to those of calligraphy, visible in the precise use of black in between a context of strokes that in any case refer to the Expressionism of Kandinsky, or more recently, to that of Julie Mehretu. The unstudied choreographies of María José Romero resemble a chain of atmospheric movements that are part of the laws of the universe and that take place, be it in the apparent conjecture of the moment, or in the definition of the instant itself: in that decisive space of freedom.

Complex Theories is an artistic research under constant construction. In order to approach these pictorial spaces, as consecutive patterns or in an individual form, the artist recurs to implicit openings in rhythms of reading that we select today –foremost– upon a multiplicity of visible planes that overlap. In the variations that Romero suggests between one canvas and another, there is an evolution and development in abstraction, where this last one liberates itself. Even though they are not incredibly different from one another, it is clear that some compositions contain more air, more freedom, more speed, and even, more filthiness. As spectators, we must seek some distance, otherwise, our prison-like conscience will annihilate the capacity to reflect and intuitively approach the unpredictable chain of causes that surpass the functioning of the parts, in favor of a system of factors that results from the relationship among compositions.